Plans to build Hull City Hall date back to 1900 when the Hull Corporation included proposals for the venue within a wider scheme to create a central location for city trams to meet.

The project was called the Junction Street Scheme, better known to us now as Queen Victoria Square.

Work commenced in 1903. Theatrical architect Frank Matcham, who designed the London Palladium and the Hackney Empire, was closely involved but it was city architect Joseph Henry Hirst who was in charge.

Hirst was Hull’s first city architect and the first to be given such a position in the country.

The hall’s striking copper dome is said to be based on that of St Paul’s in London and there are four hand-carved female figures around it, each representing one of the arts.

The building was in use by 1909 but unfortunately we do not know the exact opening date.

The Victoria Art Gallery, then the city’s art gallery, opened in the hall in 1910 until 1927 when it was moved to a new building nearby in Queen Victoria Square, now the Ferens Art Gallery.

The former Victoria Art Gallery was then used as an exhibition room until 1957 and has been known as the Mortimer Suite since 1931.

The Mortimer Suite, which has a stunning atrium and beautiful domed ceiling, is now used as a separate performance space and for private events.

In 1911, the organ, built by Forster and Andrews of Hull, was installed in the main hall.

This was controversial as some considered it too big for the space and it was only allowed to go ahead after a Government inquiry.

Today it remains one of the largest working organs in use in the country.

The hall could not escape the widespread bombing of Hull during the Second World War and suffered damage in 1941 that forced it to close.

Such was the destruction that organist Philip Chignell, who had attended a concert the night before the air raid that all-but destroyed it, believed he had seen the “last concert in that hall”.

Fortunately, he was proved wrong and the hall reopened in 1948 following refurbishment to both the building and the organ.

In the 70s and 80s efforts were made to bring more music to the venue.

Names to appear included Siouxsie And The Banshees, Squeeze, The Undertones and Slade but a performance by The Damned prompted a ban on punk.

Trouble flared outside but damage to the hall itself was slight with six seats having to be re-upholstered at a cost of £15.

The outside balcony at the front of the building overlooking Queen Victoria Square is the spot where famous faces and dignitaries have gathered for the annual Christmas lights switch-on for many years and where the city’s sporting stars have celebrated their achievements in front of crowds of supporters. 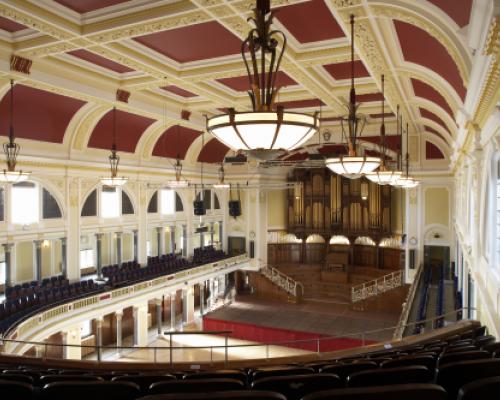 Special Requirements Please let us know of any special requirements when you book your tickets and...
more 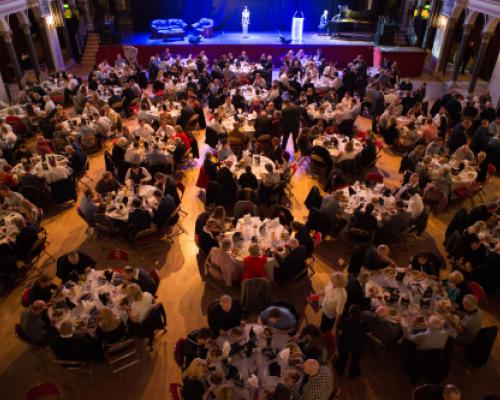 Hull City Hall has several bars to serve events in the main hall and the Mortimer Suite. Drinks may...
more 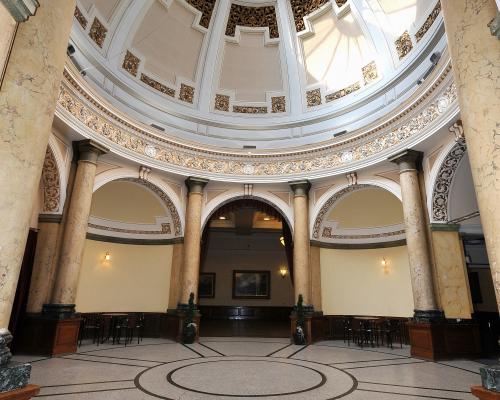